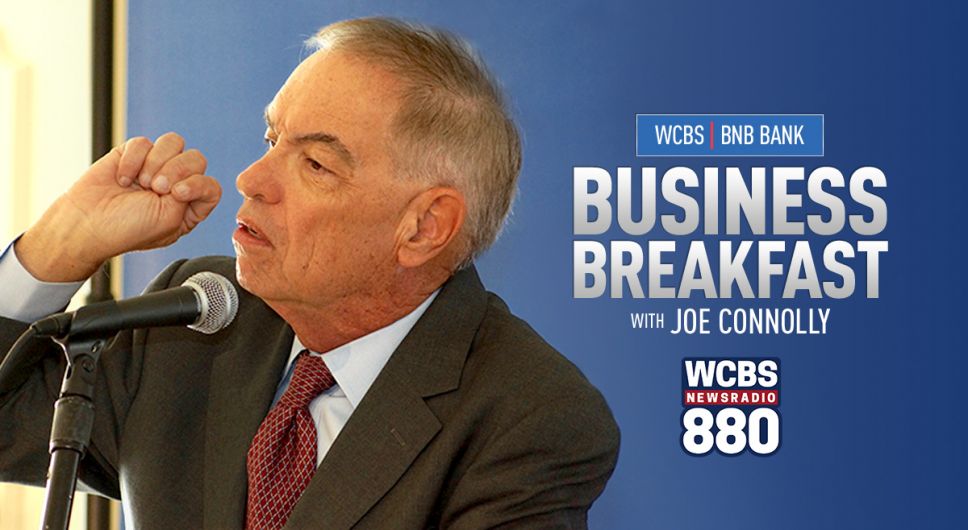 Registration opens at 7:30AM | Pre-Breakfast Networking
Program begins at 8:15AM | Ends by 10AM

(WCBS880) Long Island entrepreneurial all-stars will join Joe Connolly for WCBS Newsradio 880's always informative and interactive Business Breakfast at the Hilton Long Island/Huntington on Thursday, October 17.  Registration opens at 730am for networking before our breakfast.

The program will begin at 8:15 AM with a special appearance by New York Mets Legend Ed Kranepool. To mark the 50th anniversary of the ‘69 Miracle Mets Championship Season, we will hear Ed’s thoughts on the importance of leadership on the field and in business.

You will hear and be able to ask questions of our panel of champion business owners.

Tate’s Bake Shop founder Kathleen King will tell us how she built a chocolate chip cookie and bakery empire from scratch. She will share her inspiring story about building a million dollar business, including the lessons learned from early mistakes in her first venture.

Phil Grucci of Fireworks by Grucci, the world famous Bellport-based family business will talk about ways his company has found unusual new markets, including a partnership with the Department of Defense on munitions and training.

Blue Point Brewing Company co-founder Mark Burford will explain how he and his business partner turned their love of home brew into a million dollar business in Patchogue. The company, now part of the Anheuser-Busch family, will soon open a brew pub in DUMBO, Brooklyn.

Rising Long Island business star Jaclyn Rutigliano of Hometown Flower Co.  will talk about how she and her husband created a “rolling” florist selling their products out of the back of their baby blue vintage 1976 Ford pick-up.

We call the WCBS BNB Bank Business Breakfast the best 90-minute program you will find to grow you own brand and increase your sales. This one will not disappoint, plus come hear from Met Legend Ed Kranepool.

Bring your business cards and bring your questions on how to expand, create new revenue streams and increase your sales.

We'll have you on your way at 10 AM ready to seize the day!

For more information and to register: WCBS880.com/SmallBusiness

About Our All-Star Speakers:

Ed Kranepool is an original New York Met, playing 17 seasons in Queens – the most of any Mets player. Kranepool was part of the Miracle Mets 1969 World Series Championship team. He was inducted into the New York Mets Hall of Fame in 1990.

After retiring from Major League Baseball in 1979, Kranepool worked as a stockbroker and co-owned a credit card processing company.

He currently lives on Long Island. Kranepool recently underwent a successful kidney transplant at Stony Brook University Hospital after a two-year wait. The humble and grateful Met says his teammate Tug McGraw’s 1973 Mets rally cry of “Ya Gotta Believe” has become his mantra. 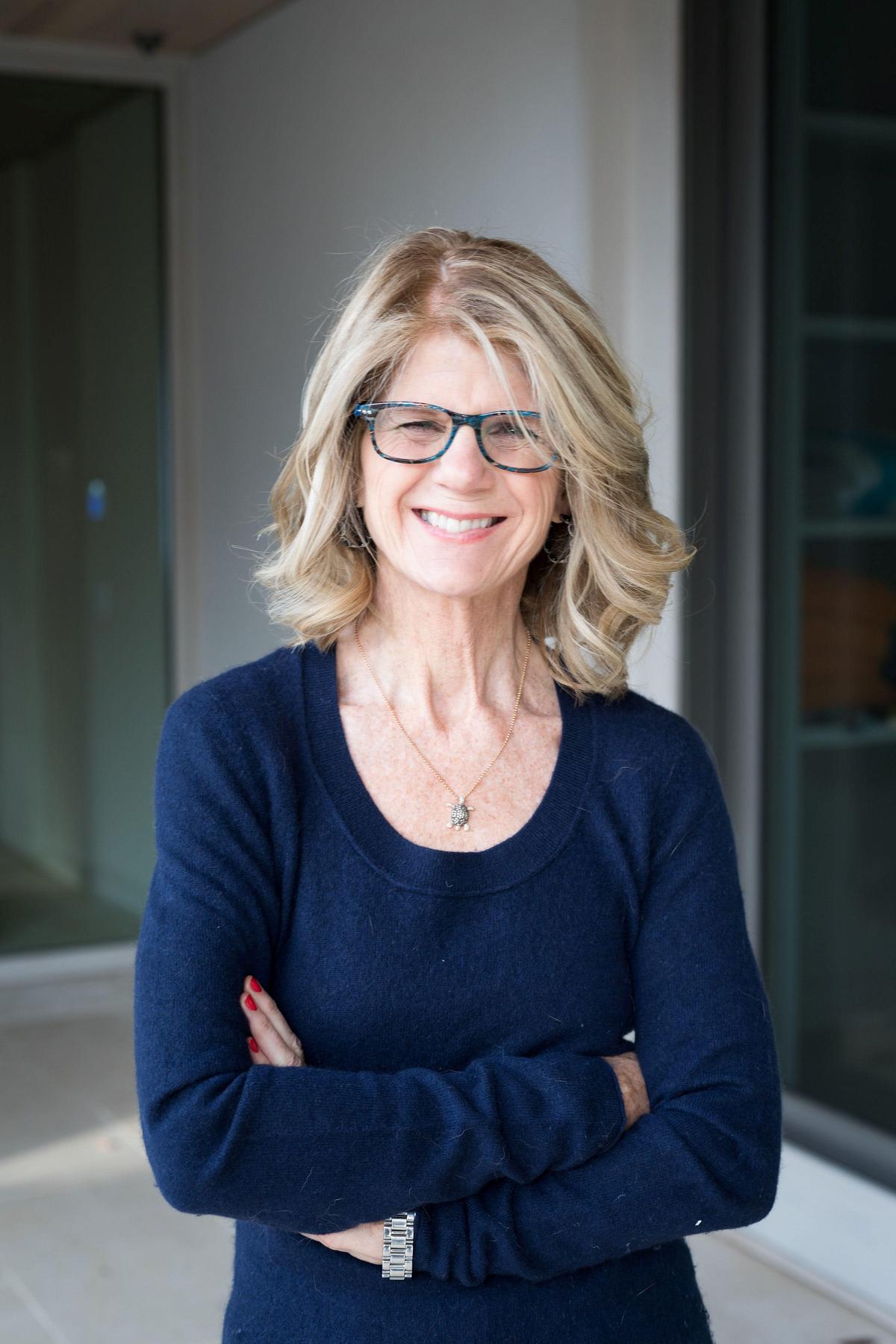 Kathleen King, is the founder of the wildly popular and now legendary Tate's Bake Shop.  She began baking when she was just eleven years old, selling small batches of her crisp, buttery chocolate chip cookies off of a fold-out card table on North Sea Farm, her parent's Long Island farmstead.

In 1980 at the age of 21, Kathleen opened her first bakeshop and developed a full line of traditional American baked goods, perfecting every recipe herself and baking each dessert from scratch. Named after her father, Tate's Bake Shop is the result of Kathleen's love of baking and keen eye for quality.

Voted the Best Bakery in the Hamptons for many years, Tate's Bake Shop is a destination for locals and tourists alike. Her award-winning cookies are now distributed nationally.

In 2014, Kathleen sold Tate's Bake Shop to The Riverside Company, a private equity firm, staying on in a minority position, creating new recipes and serving on the board. In 2018, Riverside sold to Mondalez for over 500 million dollars.

Kathleen is involved in her local community, supporting many different causes, including I-Tri  and the Peconic Land Trust. 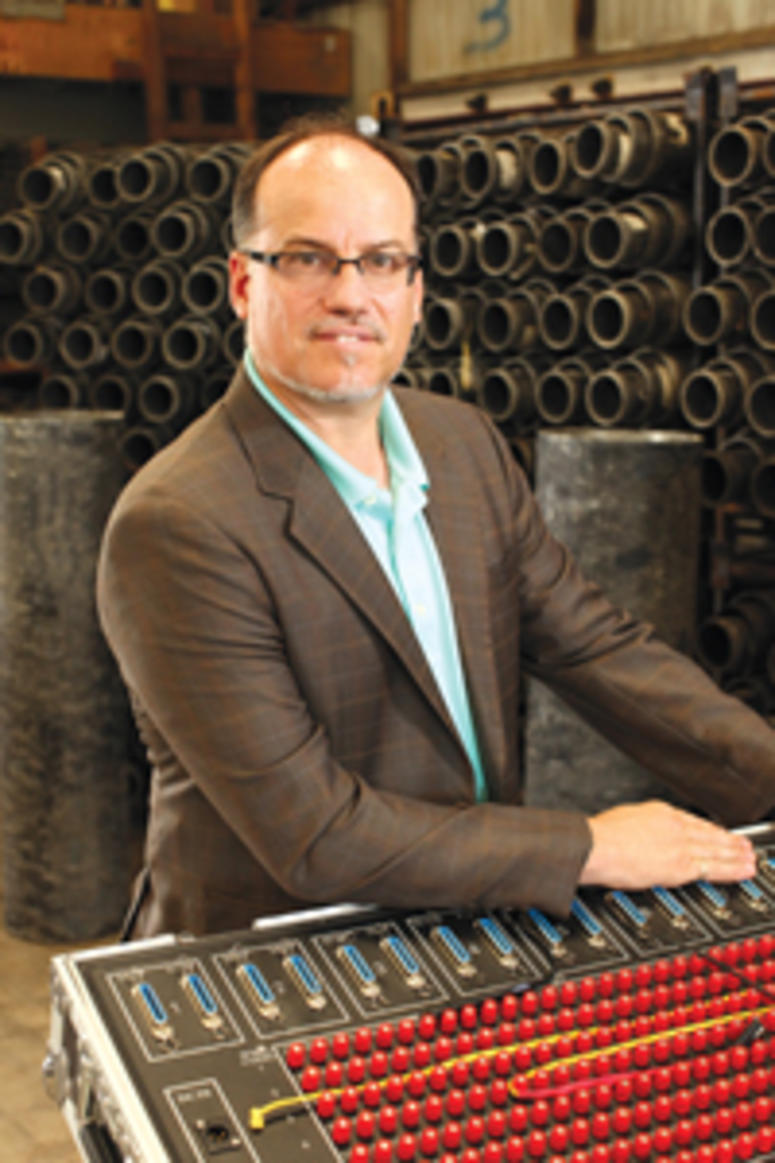 As CEO and Creative Director and fifth-generation of this family owned and operated corporation, Phil Grucci has a global market view and guides his team in all corporate-wide divisions including; research and development, manufacturing, real estate requisitions, distribution and of course, show design, engineering, and production.

Phil has designed and produced many of the world’s greatest fireworks performances.  Phil’s broad knowledge of pyrotechnics achieved from more than 35 years of in-depth, practical, and “hands on” experience in the field is unsurpassed in the industry.

His productions have yielded lasting visual effects and images that are forever memorable and unique. Phil maintains a solid, long-range outlook and management plan for the Grucci Family’s companies, which now includes manufacturing explosives for the U.S. Department of Defense.

Phil is extremely aware of the production requirements for even the largest and most complex performances. Phil remains in constant pursuit to provide the best in firework entertainment that inspire and astonish both Fireworks by Grucci’s clients and their audiences.

Just one sip of Blue Point beer and you’ll find yourself at the boatyard hanging with friends, brewers, and a few seagulls. That’s because after years of brewing (but mostly drinking - don’t let our brewers tell you otherwise), Blue Point knows it takes a hometown brew to live up to New York standards.

Our story started in 1998 with two friends who noticed a lack of fresh beer on Long Island and wanted to lower their bar tabs. We built a brewery on Long Island's South Shore in Patchogue, a tough and humble coastal town. The first beer we ever brewed was Toasted Lager, an American Amber Lager named for the original direct-fire brick kettle used to toast six specialty malts for a rich and unique flavor. Toasted Lager quickly became a beer New Yorkers could stand behind, taking home two World Beer Cup gold medals and earning a reputation as a beer you could enjoy every day. Now our flagship, Toasted Lager leads our growing lineup of easy-drinking and innovative craft beers.

In 2014, Blue Point partnered with Anheuser-Busch, joining its family of craft brands in The High End business unit. Our operations, brewing and management team continue to be led from Patchogue, N.Y. We’re constantly inspired by the coastal spirit of Patchogue and the hard-working people who keep it alive.

A third generation florist, Jaclyn ironically did not have much of a passion for flowers growing up and felt disconnected from the typical bouquet of roses she would receive as gifts, often feeling like the flowers lacked any sense of individuality or creativity.

After spending over a decade working at one of the top PR agencies in the country, helping to launch and scale some of the most exciting and/or biggest modern brands, Jaclyn would turn to floral design as a way to ground herself and detach from her mobile phone and from the fast paced grind of marketing. She often found herself taking apart flowers she was gifted, or pruning her own backyard, to design something that felt like herself, and felt a calling to launch a modern floral brand that spoke to others who felt the same.

Inspired by the Slow Flowers movement, a commitment to work with seasonal, locally-grown flowers, Jaclyn set out to form Long Island’s first flower farmer collective alongside her husband, Marc Iervolino, as a way to raise awareness of and appreciation for the beautiful flowers grown right in Long Island hometowns. The couple decided to go mobile as a way to provide access to locally-grown flowers in parts of Long Island where access is not readily available and as a way to create an interactive experience in which people can take part in the made-to-order personalized design process, while seeing and learning about the vast variety of beautiful flowers grown nearby.

You can catch Hometown Flower Co.’s flower truck, Baby Blue, a 1976 Ford F109 pickup truck, all across the island for pop-ups, workshops, private events, and more. The company also offers free delivery for all purchases through its website and a subscription service in which customers can set their price point and frequency for monthly home delivery of flowers.

A Long Island native, Jaclyn attended the Fashion Institute of Technology where she majored in Advertising, Marketing, and Communications. She currently resides with her husband and two daughters in a historic home in Huntington Village. Visit hometownflowerco.com and follow @hometownflowerco to learn more and for all the latest news.