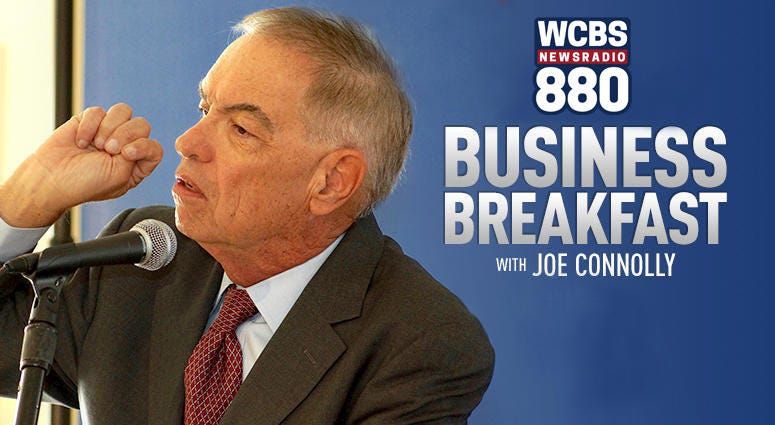 Registration opens at 7:30AM | Pre-Breakfast Networking
Program begins at 8:15AM | Ends by 10AM

"How to Spot New Opportunities"

We have assembled a smart panel of business innovators to come talk on the topic of How to Spot New Opportunities and turn Big Ideas into revenue growing business strategies.

Our breakfast will feature a special opening segment with Cindi Bigelow, President and CEO of the Fairfield County-based family business Bigelow Tea.  Cindi Bigelow serves on the Connecticut Governors Workforce Council, which aims to energize the state’s job market. Our Business Breakfast Series is hosted by WCBS Business Reporter Joe Connolly. You can expect an interactive morning spent on inspiring business success stories.

You will hear from Jessica Blouin, one of the co-founders of the Greenwich-based The Local Moms Network – a brand that helps provide hyperlocal resources and community connections to moms in suburbs across the country. Jessica, now the Chief Marketing Officer for The Local Moms Network, will tell the story of three moms who left full-time jobs to turn their business dream into a national network.

Some have called the Boxcar app the Airbnb of the parking space business. Founder Joe Colangelo has built a business on the idea of renting out open parking spaces, in places like church lots, to accommodate weekday commuters. Started in New Jersey, Boxcar has now expanded to fifty towns in six states, including Stamford.

Norwalk native Alex Morsanutto is a rising star who has built a business out of his passion for filmmaking. The NYU Tisch School of the Arts graduate started his own company, Silvermine Productions, where his innovative storytelling has been used in creative advertising for big brands like Chevrolet and Asics. His film shorts have been critically acclaimed and he has given back to his hometown by helping organize the first-ever Norwalk Film Festival.

Suma Reddy has a great story to tell. She is a graduate of the Flatiron School and the Wharton School of Business, and presented a beta version of her app, Waddle, before the White House Tech Conference Demo Day in 2015. Suma is the co-founder of the Brooklyn-based food tech startup, Farmshelf. The company builds indoor farming systems using hydroponic technology so clients such as high-end restaurants and corporate cafeterias can grow their own greens and herbs. Farmshelf, targeting a pinpoint need, is turning heads in an emerging field. This is truly innovation and invention at its best. 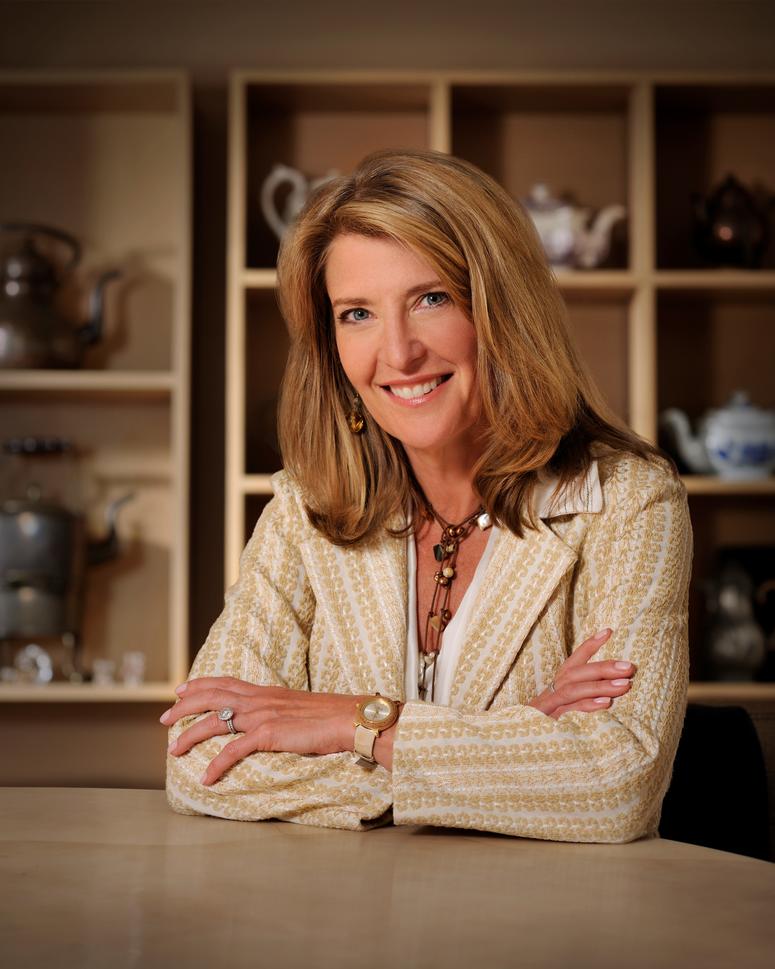 Cindi Bigelow is the 3rd generation President & CEO of family-owned Bigelow Tea. Before assuming this key role in 2005, Cindi spent 25 years in all areas of the company her grandmother founded in 1945. Headquartered in Fairfield, Bigelow Tea is the national market leader of specialty teas and maker of “Constant Comment”® tea. The company remains a family-owned business and employs 350 people across three manufacturing facilities, producing over 1.7 billion tea bags annually.

The socially-minded CEO has led the company’s greening efforts including the installation of 880 photovoltaic solar panels providing 15% of the electricity for the company’s Fairfield headquarters.

Cindi’s community impact is significant. She initiated the Annual Bigelow Tea Community Challenge in 1987 that has donated nearly $1.1 million to local charities since inception and Bigelow’s Tea for the Troops Project that to date has donated 4 million tea bags to US service men and women.  A passionate advocate for education, Cindi makes frequent classroom appearances speaking to students about business, business ethics and career development. She has been honored by numerous business and civic organizations. She holds a bachelor’s degree from Boston College, MBA from Northwestern University, Kellogg School of Management and Honorary Doctorate from the University of New Haven.

When she is not working, Cindi enjoys being with her children, skiing, tennis, yoga and, of course, drinking lot and lots of tea. 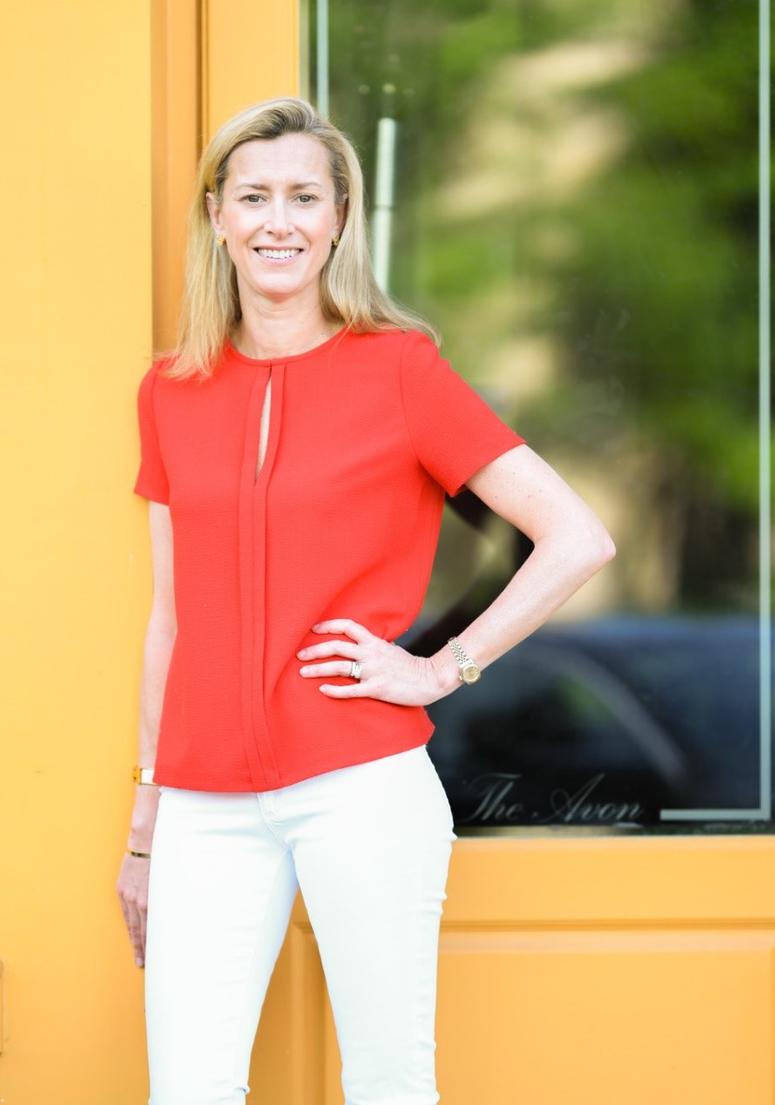 Jessica Blouin, Co-Founder & Chief Marketing Officer, leads marketing the initiatives and national partnerships for The Local Moms Network.  A graduate of the McDonough School of Business at Georgetown University, Jessica spent over 10 years in product marketing positions in the innovation and emerging technology space.  After a hiatus to spend time with her two children, Jessica was craving an entrepreneurial opportunity and joined The Local Moms Network to help develop a national strategy.

The Local Moms Network is a hyper-local platform that is in almost 100 suburbs and 26 states across the country. 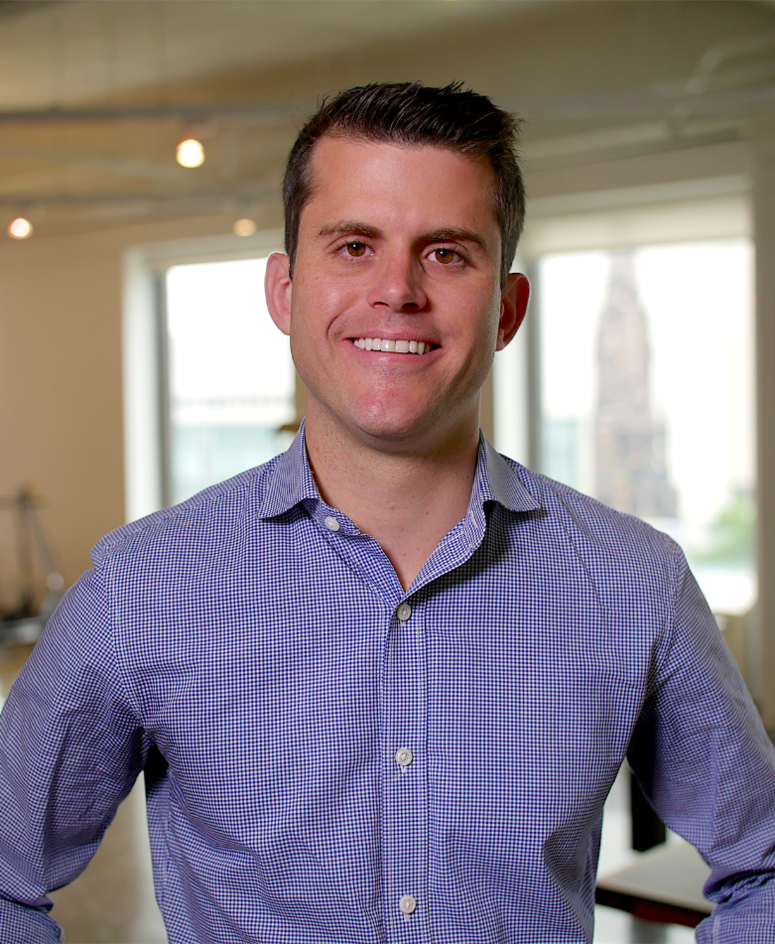 Joe Colangelo is the founder and CEO of Boxcar, a suburban mobility startup headquartered in Chatham, NJ.  Boxcar began as a parking marketplace for unused parking spots near suburban New Jersey transit hubs, which has expanded to 50+ towns in 6 states.  The company has since branched out into commuter bus service, micro-mobility, and office-sharing solutions in suburban areas. Colangelo is a UC Berkeley graduate, Navy veteran, and has worked in consulting, consumer tech policy, and sales.  He also co-founded Golden Coast Mead, which is today one of America's largest mead producers. Colangelo lives in Cranford, NJ with his wife and five children. 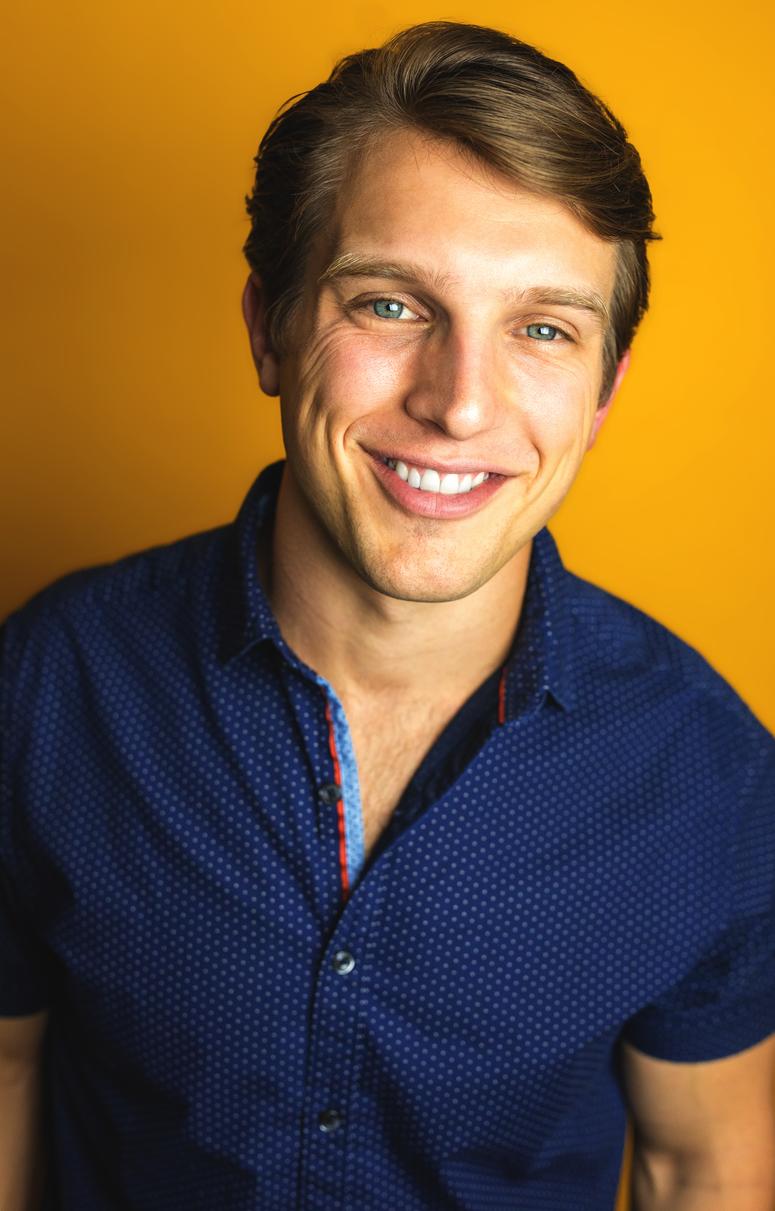 Alex Morsanutto is an award-winning filmmaker who specializes in film, TV, and commercial production. As Co-Founder of Silvermine Productions, his clients have included well-known brands such as Unilever, Brother Printer, Kiehl’s, CBS, and Chevrolet. Morsanutto’s narrative work has been programmed and awarded at numerous film festivals and used for broadcast. His film, ‘Hi-Glow Retro’, a 70's inspired disco dramedy, was screened globally and brought home a dozen awards.

In 2019, Morsanutto went into production on Operation Cavity, a new children's adventure series which will premiere in Spring 2020. Morsanutto uses Fairfield County locations in many of his projects. He has made it his business to hire homegrown cast and crew while working with local businesses to invigorate Connecticut’s film industry. In 2019, Morsanutto helped organize the first ever Norwalk Film Festival. This year, Alex was selected as “40 Under 40 most influential up-and-comers in Connecticut” by Connecticut Magazine. Alex graduated from NYU Tisch School of the Arts with honors, double-majoring in Film/TV Production & Journalism. 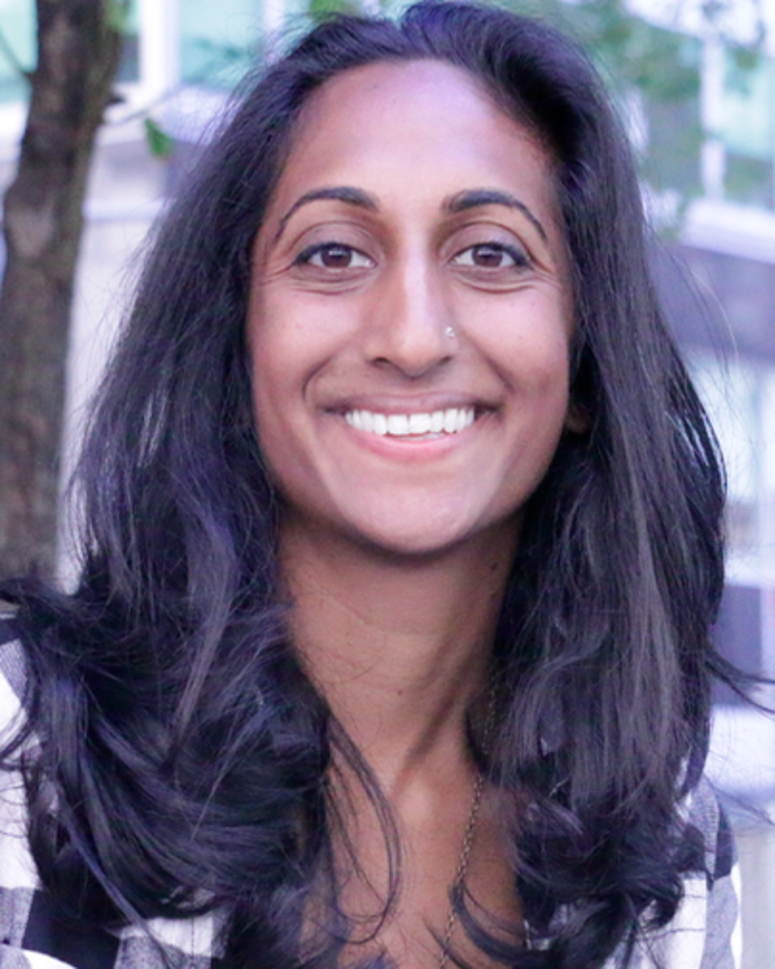 Suma has been an impact-driven entrepreneur for over a decade. She is Co-Founder and COO of Farmshelf, a smart, indoor farming company whose mission is to feed and empower people through revolutionary food systems. The company builds bookcase sized hydroponic units that enable people to grow food wherever they live, work, and eat.

Before Farmshelf, Suma co-founded Spectrum BioEnergy, an organic waste-to-energy company and served as founding managing partner at Akula Energy Ventures, an early-stage renewable energy fund. No stranger to startups, Suma joined the management team at SKS Microfinance in India pre-venture-capital funding and saw its rise to IPO and acquisition. Prior, she was a Peace Corps Volunteer in Mali.

In her free time, Suma is Co-Director of the Asian Pride Project, an LGBTQ arts and advocacy non-profit